Enterprise Use Cases for Spatial Computing

How does spatial computing help enterprise businesses? Check out these use cases to find out. 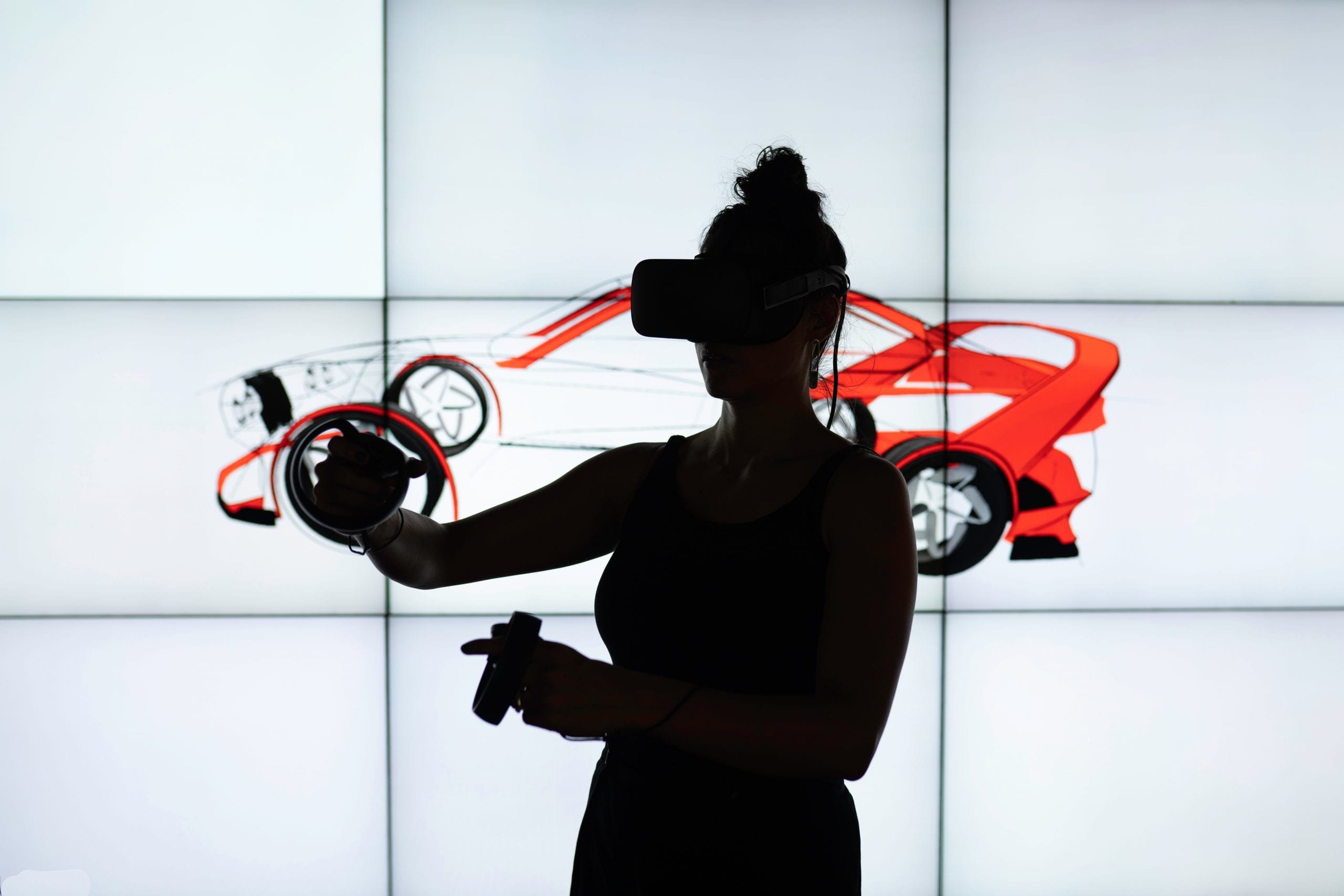 Immersive technologies and spatial computing platforms pose a huge opportunity for businesses to revolutionize the way they work. Today these technologies are in their infancy with many businesses looking for ways to leverage their full potential to generate advancements in productivity. For spatial computing to truly succeed in the enterprise world, it must become an indispensable part of a business’ day-to-day work, not just a novel technology which offers marginal gains. All companies are looking for a return on investment  (ROI) with the implementation of an emerging technology, before making a significant investment. This is a challenging thing to calculate during the early adoption period and, in many cases, bringing the technology in-house requires a decent amount of speculation and experimentation. One way to dispel this speculation however, is to publicise the use cases from companies who have integrated spatial computing into their workflow, and the business benefits they have reported.

The use cases below are grouped broadly by theme. It’s by no means an exhaustive list, just some of the most exciting examples we’ve seen thus far.

3D visualisation was one of the earliest breakthroughs for spatial computing applications. For any company who is working with digital 3D models in their development process, having the ability to view their models at each stage of product development is extremely empowering. All of the major Computer Aided Design (CAD) software suppliers are equipping their flagship tools with VR viewer modes. Unity and Unreal have become more than gaming platforms, due to their powerful real-time rendering capabilities and the ability to seamlessly port to VR; they are being used as key tools in the design and development process primarily for design reviews. In the Automotive space, Autodesk has taken the lead with their VRed product which allows for photorealistic visualization of a 3D model in VR. A vast majority of the transportation design industry are using these tools for their 3D visualization during design reviews. In addition to the large CAD suppliers, there are a handful of startups in this space focused on more specific workflows. Insite VR and Iris VR have taken on the architecture industry, allowing architects and stakeholders to meet in the virtual building which they are developing.

Lockheed Martin began implementing VR in their product development process through building their products virtually and testing opposed to building physical prototypes. Using VR to validate the success of demanding engineering designs on the manufacturing floor, they use 3D visualisation to discover potential issues at the early stage of product development. This avoids prototyping, manufacturing and testing multiple, costly iterations of a product, significantly lowering the risk of problems arising during and after fabrication. Through building products accurately from the outset in a single year Lockheed Martin was able to avoid $10 million in potential costs. The use of virtual reality in their engineering and development process has resulted in a “tenfold ROI”.

Our customers use Gravity Sketch either to create 3D models from scratch, or to import engineering data made in an industry standard CAD package for 1:1 evaluation and annotation. Stakeholders can visualise issues that are hard to identify behind a desktop screen. Users have the ability to manipulate the model and adjust elements, as well as creating additional 3D parts in real time. This workflow enhances cross-team collaboration and has made the process of creation faster and more cost-effective, while maintaining a high standard of engineering-ready data, before beginning the manufacturing of the physical product.

The modern workforce is changing; teams are more geographically disparate than ever before, yet the need for collaborative working and creative ideation is constantly expanding. Spatial computing allows remote collaboration in a digital environment at the same time from anywhere in the world.

Magic Leap has been working with BNP Paribas Real Estate since 2019 to develop a solution that allows employees from all over the world to interact as if they were in the same room, and co-present within the same digital space. They can walk-through a 3D model of a building or neighborhood map, then take part in a brainstorming session around its future development. Using this, BNP Paribas was able to reduce employee travel costs, reduce its carbon footprint, and increase the efficiency and clarity of communication through remote 3D collaboration.

Through the use of Gravity Sketch, designers at Ford remotely collaborate with design teams to help drive the design of more inclusive vehicles. The collaboration feature empowers set designers and engineers working from multiple sites across the world, to solve 3D design challenges that they don’t yet have the tools to solve in the physical world. The team at Ford were able to cut the time it takes to develop a car interior from “weeks to hours”, saving a potential $33.5 million in development costs per vehicle in development costs. Using Gravity Sketch “moves the entire process into the world of virtual reality” said Michael Smith, designer at Ford, “giving us greater options for reviewing more models in the 3D environment to create the best possible vehicles.”

Spatial computing has made its furthest advances in enterprise with employees undergoing training in VR and AR. (We’ve written elsewhere about Walmart’s large-scale deployment of Oculus headsets to train their staff). The industrial sector, particularly, is facing serious challenges: instructor-led training is in decline due to a rapidly retiring workforce, leaving a serious skills gap that could leave millions of manufacturing jobs unfilled. Many tasks in manufacturing require physical tasks from employees, where repetition, practise and improvement lead to improved performance over time. As older workers with specific technical skills begin to retire, there is less opportunity to capture their knowledge and pass it on to employees in the form of formal training and on-the-job learning. Spatial computing is combating this by aiding memory retention when workers undergo training. By capturing institutional knowledge from trained experts, and building it into training programmes where employees must train on-the-job, applications in VR and AR are improving outcomes for training new employees.

In some cases, spatial computing is used to reduce the amount of time it takes to completely train an employee, while in other cases spatial computing is used to improve employee results by reducing errors and increasing accuracy. Workers at BAE Systems building electric battery propulsion systems use the Microsoft HoloLens 1/PTC Vuforia to cut training times by up to 40%, at a tenth of the cost of all other alternatives. While Volkswagen Nutzfahrzeuge (Volkswagen Commercial Vehicles) conducted a number of VR training pilots on the assembly of the T6 Multivan. Volkswagen found that they could reduce training time by up to 50% compared to conventional on-the-job training. Lockheed Martin, for example, used HoloLens 1 / Scope AR to reduce training time by 85%.

Taqtile, a spatial computing company, has been conducting trials with engineers and mechanics at the U.S. Air Force and the New Zealand army. Their aim was to compare the efficacy of mixed reality training versus traditional on-the-job skills training. They found that Level-1 maintenance engineers at the U.S. Air Force were unable to complete eight of twelve tasks without instructor intervention, when traditionally trained, while a comparison group of Level-1 maintenance engineers using AR-based guidance were able to complete all tasks without assistance, incurring zero errors. At the trade training school with the New Zealand Army, Taqtile compared the effects of instructor-led training with mixed reality training, and concluded that mixed reality training reduced the occurrence of errors by 36 percent.

Travelling to attend industry events could decrease as more people choose to attend conferences in VR. This is a slow growth area, but attending live events such as music gigs, film screenings,  and conferences in virtual reality will certainly increase in the near future. With the adoption of immersive technology we are bound to see an increase in attendance from those who cannot afford to travel and attendees with disabilities.

In 2018, Oculus hosted its conference for developers and streamed the event allowing people to attend in VR. For those attending the event in virtual reality, there were two options: to attend in a private setting, or surrounded by avatars representing other people watching through their own VR devices. This was one of the earliest examples of this use case, and it showed the potential this technology has on connecting people from around the globe. We are seeing some of the largest tech companies doubling down on this use case as it creates true inclusion and potentially will lower the carbon footprint of the overall organization. In the startup arena The Wave VR, has been pushing the technology to host live music events and has seen some great success with hundreds of people remotely tuning in through their VR devices for live concerts and DJ sets.

The use cases highlighted here are just the tip of the iceberg; there are thousands of potential use cases out there that we have yet to see. While there is very little opposition to the technology itself, there are other  hurdles to overcome; In order to integrate spatial computing applications into production today, companies hire developers to build applications and maintain those applications over time. Often a company will contract a digital design studio to build a one-off application, which does not scale with the company’s needs or advancements in the technology over time.

In order to thrive, the industry needs ready-made software that will enable teams to bring spatial computing into their workflow. This will help close the enormous gulf between enterprises that have already invested huge sums in spatial computing, and those that have yet to. At Gravity Sketch, we’re one of just a handful of companies working to build enterprise standardized software that addresses a number of use cases off the shelf with no additional development.

There’s a whole community of creatives, enthusiasts and businesses collaborating in order to bring more spatial computing applications into existence. It’s a young, close-knit and growing community – if you know of any exciting examples to share, reach out to us via email, leave a comment on our social pages, or contact us on our Discord channel. 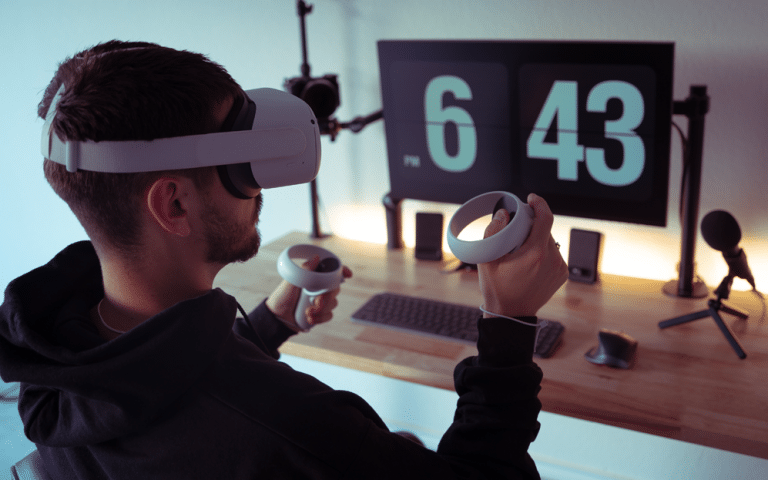 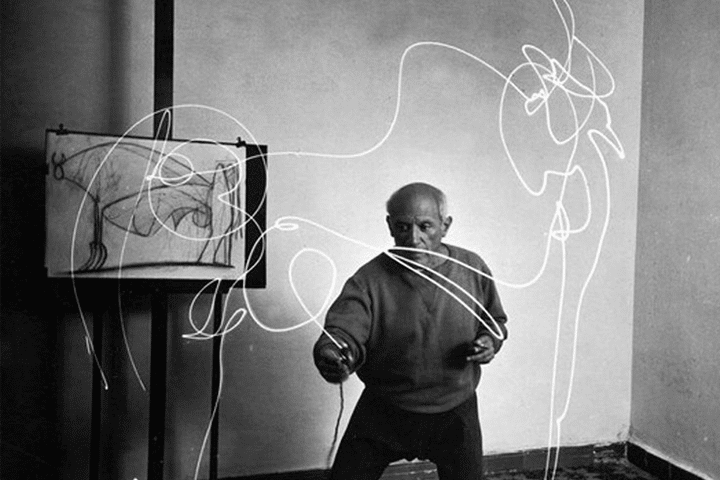