There are plenty of misconceptions around the use of VR in the workplace. We broadly covered the subject in a previous post however we felt that ‘VR at the desk’ is worthy of its own post. In this post we will cover ways of bringing VR to the desk, essentially making it your ‘third display’. 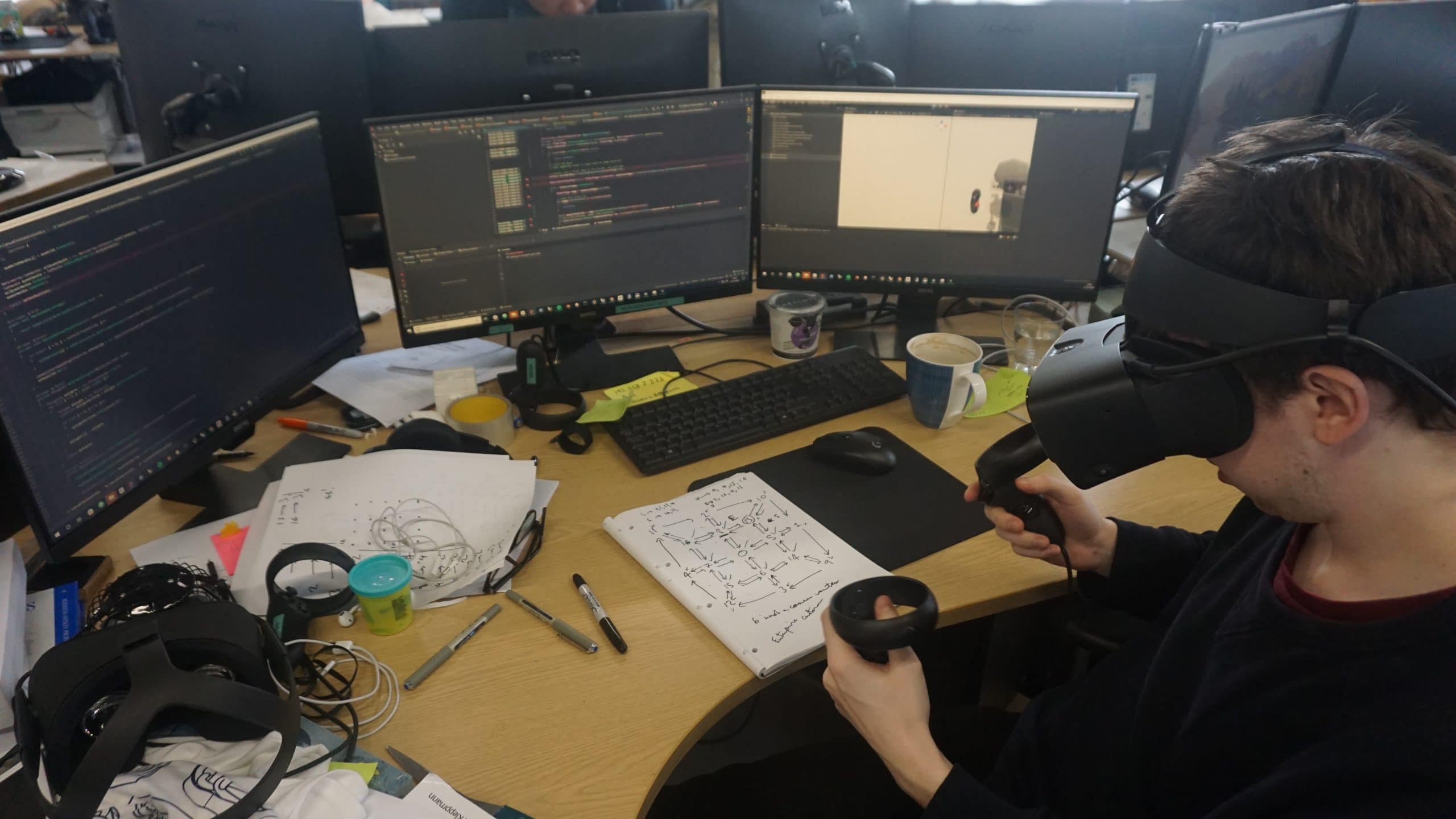 The power of working in VR is the ability to move freely in space, right? Getting up and away from your desk is exactly what makes it appealing for some, but for others it can create a hurdle. Some say, “we just don’t have the space for that.” Some others who have already  implemented VR, have a few headsets tucked away in some back room connected to “VR Workstations”, far from where the design process actually takes place. The perception is that for VR, quite a bit of space is needed. This is true for work which is often large in scale and is being done at a fixed scale, however it isn’t absolutely necessary for all experiences. If you have to get up from your desk and go somewhere else to stretch your limbs and use a VR headset, it seems like you’re taking time away from “actual work”. It diminishes the value of working in VR and makes it seem like “fun playtime”, rather than a legitimate tool you use to do your work.

With immersive 3D creation tools like Gravity Sketch, the user has the ability to scale and manipulate their work allowing them to remain relatively stationary during the design process, moving the work around them rather than moving around the world. This ability helps designers integrate the tool into their workflow from the comfort of their creative space, often their desk. Our goal is to allow designers to implement the technology with as few disruptions as possible, which most often leads to using the VR headset at your desk. Think of the VR headset as another monitor and the motion-tracked controllers as an additional input device, like your mouse or Wacom pen. With these tools at your desk Gravity Sketch becomes another creation tool, to be used  in the design process, in conjunction with other tools in the pipeline. Seamlessly transitioning from one to the next, depending on the needs of the project: the immersive world with 3D creation and the Wacom tablet for 2D sketching. This empowers the designer enabling them to own more of the design process and troubleshoot challenging 3D designs.

Let’s break down the process a little with an example of designing a shoe: The designer  would conduct research, collect images, and inspirational materials for their mood board behind the computer screen. Thumbnail sketching would come next on the Wacom Cintiq, fist with photoshop and later with Gravity Sketch tablet mode.

When faced with a challenging design detail, the designer will then reach out for their VR headset and seamlessly dive into their sketch and begin pulling their 2D strokes into 3D splines. Once satisfied with the resulting 3D sketch the idea will be exported as a 3D model and taken onto  another programme for rendering or 3D modeling. The stages don’t necessarily have to fall in this order – you can switch back and forth between the 2D and 3D worlds as you iterate new variants of the design.

If you have an idea, but have to get up and go to another room to use your VR headset, you may lose the idea that’s in your head. Or you may decide to schedule using VR at a time that seems more convenient. You may end up deciding to use VR at a certain phase in the design process, after several iterations of 2D sketches, say, and in this way, stifle your own creativity. To counteract this, our philosophy is simple: to always use the best tool for the job, and to achieve maximum results with minimum interruption to your working process.

For best practice when using Gravity Sketch, we suggest that you check out these three functions:

Everything that you create in Gravity Sketch can be grabbed and moved around. This means that you don’t need to physically get up and walk around the design you have created. Every object can be held and turned around like a teacup in your hand.

You can also grab the whole environment. This allows you to turn your design around and look at the whole sketch from any angle.

3. Use the Scale Tool

You can scale the entire sketch, zooming in or out on the whole canvas, or you can select one or more objects and scale them up or down.

The aim with these functions is to give you enough freedom of movement using the controllers in Gravity Sketch, that you don’t need the freedom of movement in physical space. Think of using Gravity Sketch like another monitor, or another tool like a drawing tablet. Start with a napkin sketch or jump straight into Gravity Sketch, flesh it out, export it to another program. Spend five minutes with your headset on, or an hour, or more. But that shouldn’t stop you enjoying sketching on a 1:1 scale in a wide-open space.

For more information about Gravity Sketch, check out our website or head to the Knowledge Centre for user guides and tutorials. 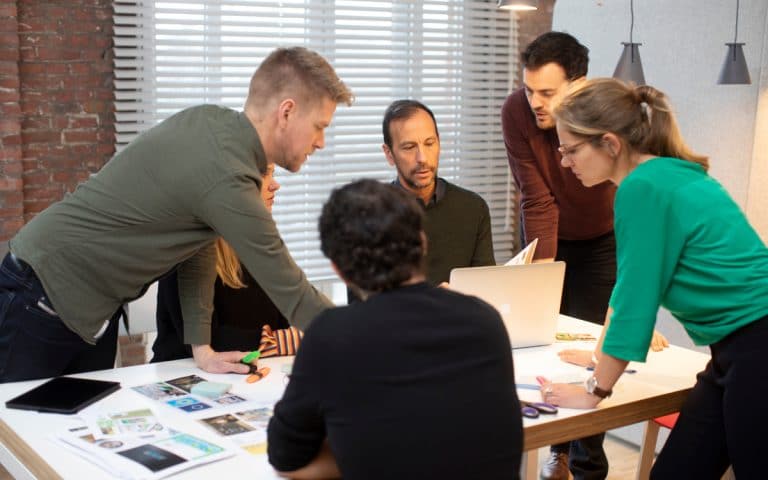 The design tools at Achilles 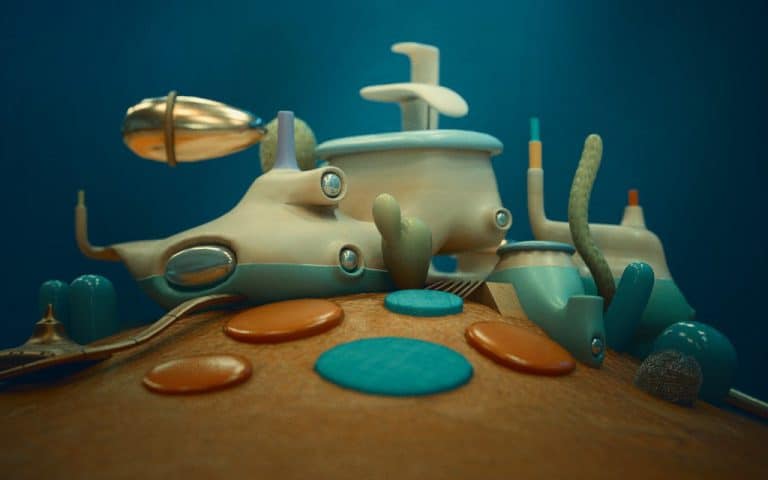 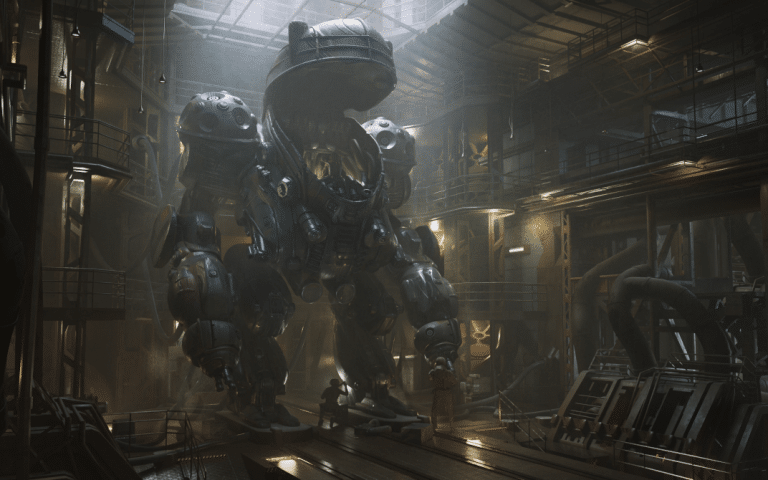